The joy of hunting is a gift no man can replace with anything.

The exploration of fields, deep forests, towering mountains, luscious grasslands, gnarly canyons all adds up to the experience of hunting. But hunting the same old game year after year can lose its novelty.

If you wish to try to gain new experiences from hunting, consider these great game animals’ lists. Exploring out of the routine will surely surge your love for hunting. This list doesn’t use ranking in any order; all of these animals are equally exotic for hunters.

These creatures are still spotted in lower foothills and river bottom areas of the western states. Apart from these North American countries, the white-tailed deer is found in Finland, the Czech Republic, New Zealand, and Serbia.

These Rocky Mountain elks are famous subspecies of elk found in Oregon. Their general population is estimated to be more than 73,000 in the United States of America. These elks are smaller in size than any regular Roosevelt elk. But don’t compare their body sizes; Mountain elk’s antlers are the largest and can usually weight up to a whopping 40 pounds.

These species live in the open as compared to other Roosevelt Elks. Archery, rifle, and muzzle loader seasons are available for hunting these herbivores.

These deadly creatures have been and still are the hot topics in Arkansas, Mississippi, Florida, Alabama, Georgia, Texas, South Carolina, and Louisiana. Residents in these mentioned states are used to living with the alligators.

You can find them casually strolling and enjoying local water bodies and lakes. Hunting an alligator is different from regular animal hunting, as there is a unique mix between dogfighting and fishing involved. Firearms are rarely used when hunting gators; you need to have proper technique and a reasonable brute force to pursue them.

Guided trips are perfect starting points for such hunts as the guide will show you the tips and tricks of the trade without any unfortunate consequences. Gators can be pretty easily spotted because of their red eyes that glow in the night. It is easy to spot them with a bit of concentration. Alligator hunting is a very unique experience that all hunters should have under their belt.

Before going on turkey hunting, keep in mind that it might take several hours to shoot one. It would be best if you had a lot of patience. When you hunt in spring, the technique to lure this game is different as you have to make turkey hen sounds to attract gobbler.

Since these turkeys don’t mate in fall, you cannot lure them; instead, fall hunting involves patiently waiting or stalking. You have an equal opportunity to hunt a hen or gobbler during fall. When you decide to take action and go out during spring hunting, you have to carry turkey calling devices.

There are two types of calling devices, one friction calls, and the other mouth calls, but practicing turkey calls is necessary to lure them. To hunt them actively, try looking for feathers, tracks, scratch marks, large dusting bowls, or wing-tip drag marks on dusty roads.

The necks of these rotund birds are featherless and reddish, and the male can change their head’s colors depending on their mood. These birds are fun to catch, provided you have patience while hunting.

Cougar is an exceptionally ferocious creature that pursues various animal kingdoms for prey. These cougars hunt everything from deer to insects and rodents. They love to reside near dense bushes and rocky areas for stalking their prey. The cougar is a very territorial animal and always stays in areas with low population density.

Quiet surroundings are where they mostly relax, as their instinct to jump and kill keeps tingling them. Hunting these cougars is an exotic and highly nerve-wracking experience. They are great at hiding, and they leverage this skill to sneak up on their prey. Apart from that, they are incredibly stealthy and fast.

Few hunters prefer to hunt with hounds for their safety, although Oregon and Washington do not allow it. If you aren’t familiar with cougars, we highly recommend taking a guide. They will give you great insights about the terrain while keeping you safe, and let’s not forget the success rates that vastly improve with their presence.

These grizzly bears are commonly referred to as brown bears. Most of the population living in the coastal areas call them brown bears, while northern inhabitants call them grizzlies. While hunting, you can come across a bear of any shade ranging from deep dark brown to light blond.

One thing that makes these bears a little scarier is their size; they are usually way larger than black bears and have straighter claws and a prominent shoulder hump. These bears are more aggressive than black bears, so hunters have to be extra careful on their expedition.

You can spot this ferocious animal near lakes, rivers, and during the spawning season. Grizzly bears are well protected in some areas, while Alaska and some parts of Canada permit hunting,

These grey wolves are canines with long bushy tails and black tips. Identifying these animals is easy as their coat predominantly comprises gray and brown. These grey wolves highly resemble German shepherds.

There are certainly very mixed emotions regarding gray wolf hunting in most parts of North America. The wolf population is positively exploding in Alaska and Canada, but there are stringent laws against hunting them.

These beautiful creatures are not your typical sheep and can weigh anywhere around 500 pounds. They range from Mexico to Southern Canada. Half of the subspecies reside in the desert landscapes of Southwest America, while the other half of the species stay in the mountainous regions.

These sheep prefer to remain on steep slopes. You can find the desert bighorns in Utahan Nevada, New Mexico, Idaho, Wyoming, and the Canadian provinces of British Columbia and Uruguay.

An extreme cousin to the wild west, this buffalo is the largest animal found in North America. Bison have been hunted to extinction in the past, and since then, after the re-population, there have been extra strong laws against bison hunting, but few hunters legally hunt them till day.

You have to be an experienced hunter to hunt an animal of such grandeur as it is notorious for attacking with little to no warning. To track this animal, you need to have the best aim, as a little missed shot can have dangerous effects.

Who doesn’t want to boast their hunting skills by hunting the world’s second-fastest mammal known to humankind? Pronghorn hunting has been an American tradition from mountain men, explorers, Native Americans to cowboys.

According to the stats, Wyoming has the most number of pronghorns than any other state. You indeed have to be highly agile to hunt this animal.

Honorary Mentions You should Consider For Next Trip

That was our list of the 15 best game animals you can hunt within the United States of America.

Plan a hunting trip and hunt these exotic and semi-exotic animals to sharpen your hunting skills. Happy hunting! 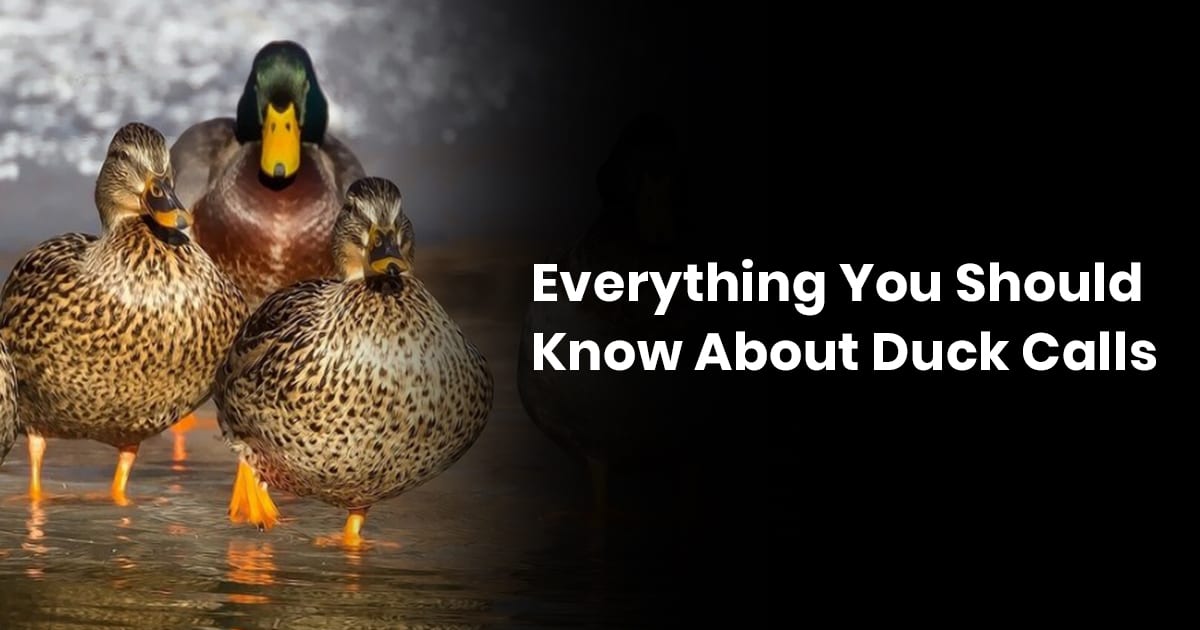 Hunting isn’t easy. It requires rock-solid focus, concentration, and the patience to remain entranced in… 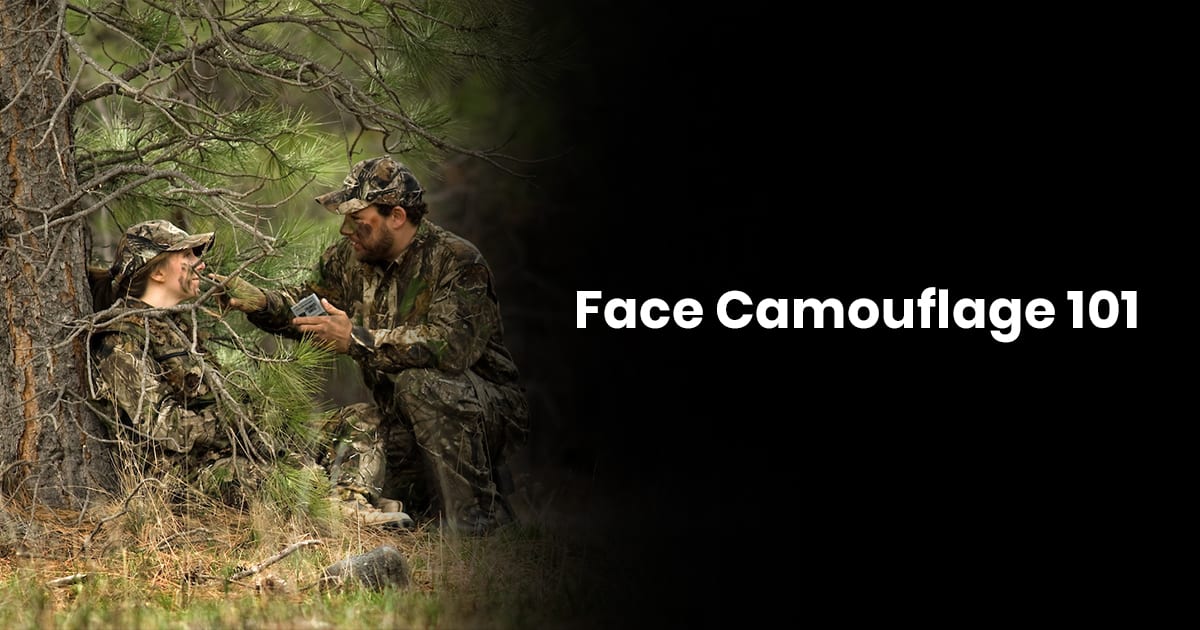 Camo face paint is very important for all types of hunting. You can buy jackets,…

Arthur Anderson grew up in rural Indiana, where he spent much of his time going on hunting trips with friends from a young age, and braving the outdoors to get the most authentic hunting experience possible. Now, a family man and dedicated man of God, Arthur shows his children how to live off the land while simultaneously hunting with his brothers and friends whenever the opportunity presents itself. Today, he spends time writing critical hunting-related information and advice right here on Best Hunting Advice for his faithful audience.

Download our FREE pdf guide and learn what decoys you should be using.

Get updated tips and advice on Hunting

Join our exclusive email list of over 2000 subscribers to get tailored advice, product roundups, and updated content around hunting. No spam, we promise.